The term ‘Trailing Spouse’, first coined in the early 1980s, refers to ‘a person who follows his or her life partner to another city because of a work assignment’. So let’s face it, it’s hardly a career choice. If someone asked me what I wanted to be when I grew up, then Trailing Spouse was most definitely not on the list. Can you imagine? It’s right up there with Trophy Wife. 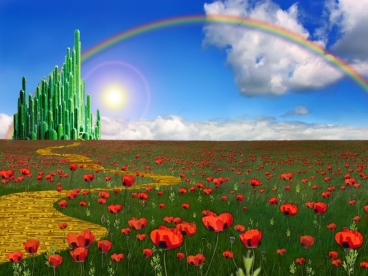 But it’s different from being a Trophy Wife. In the majority of cases, a TW chooses to be arm candy. For her, the endless rounds of shopping, spas, trips to the hairdresser, affairs with the personal trainer, nights out dangling on her rich husband’s arm – well they are all part of an educated (or not) decision to do nothing except be beautiful and vaguely entertaining at parties.

The Trailing Spouse has an altogether different M.O. Wikipedia notes the issues as follows:

Interestingly, most of the literature to be found on the subject only deals with how a Trailing Spouse might feel when they first arrive in a new place. But what happens after the euphoria wears off, the stress and subsequent depression sets in, and the final acceptance and formation of a new life has been and gone? What happens when you are still a Trailing Spouse five, ten, fifteen years on?

I have been an expat and a Trailing Spouse since 2006. My husband and I arrived in Dubai as newlyweds, and I went through all the typical emotions of a Trailing Spouse. But then I retrained, got a job, made some friends, and came out the other side a better person for my adventure. Two years ago I had a baby and everything changed. We haven’t moved, but I feel as if my life as an expat has started all over again. I am a new mother and a Trailing Spouse, and there are thousands of us out there trying to cope with this new curveball just as we figured out the old one.

I found expat life hard to accept, and continue to struggle with living so far away from home. Dubai is not where I want to be but at the present time I have little choice but to stay. I miss my friends, my family, my future self even. I worry that we won’t be able to settle back in the UK as and when we return, and I worry that if we go somewhere else I will have to cope with starting all over again, again.

I didn’t intend to be a Trailing Spouse all my life and I admit to finding it difficult to accept the situation and make the best of it. I have a list as long as your arm of things I want to accomplish, ranging (in my mind) from difficult to nigh on impossible while we continue to live so far away from home. But publishing my writing is on the list, and it seems a good place to start. So I intend this blog to be the story of my career as a Trailing Spouse – the observations, trials, perks and quirks that come with living abroad – as I continue learning how to live without my ruby slippers.

One thought on “First: A quick word on the life of the Trailing Spouse”